Sadly, the children we support often feel this way.

These children are being raised by their grandparents due to diverse and complex issues which make living with their parents impossible.

Despite the best efforts of their grandparents, research shows that the ongoing feelings of personal abandonment and rejection these children feel usually results in their extreme lack of self-worth, challenging and risk-taking behaviour, depression and declining mental health issues.

iDareDream aims to help these children rebuild self-worth by providing opportunities and experiences where they can discover something within themselves – some innate talent or an interest that matters to them; a dream they can hold and use to create a fulfilling and exciting future.

We believe this is the most effective way of preventing more precious young lives lost to hopelessness, substance abuse, violence and crime.

But we can’t do it alone.

Our story began in early 2013 with a radio interview. A grandmother described the plight of fellow grandparents who suddenly become responsible for the full-time care of their grandchildren.

Most often this is because one or both of a child’s parents are unable to fulfill their parental role due to their own mental ill-health, violent relationships, substance abuse or occasionally, accidental death.

As the relationship grew over the next three years, the lack of sufficient community and government support for these brave grandparents became starkly obvious.

However the grandparents could, and were, speaking out for themselves. 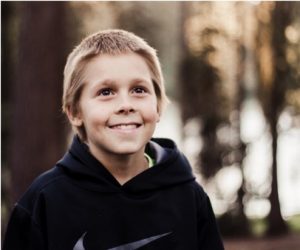 In 2016 Virginia raised the funds for a family of three grandchildren to attend a holiday workshop offered by the WA Children’s Theatre Company.

Their grandfather had died the previous year and the grandmother was undergoing treatment for cancer.  She desperately needed this small respite.

The oldest child, a 12yr old boy, made it very clear he did NOT want to go.  In his opinion acting and dancing was girl-stuff!

So, he was offered other aspects of theatre production and chose to help with the stage lighting.

Much to his surprise – and everyone’s delight – he had a natural talent for this.

Not only did he handle the lighting for the end-of-week public performance, he was invited by the theatre director to become a ‘voluntary staff member’ for future workshops.

As a result of this experience his grandmother observed a dramatic change in his view of himself and a new enthusiasm his future.

Read about our Governance here.

iDareDream has no newsletter to clutter your inbox. But please subscribe if you’d like to receive occasional updates on our activities, and advanced notice of upcoming events.